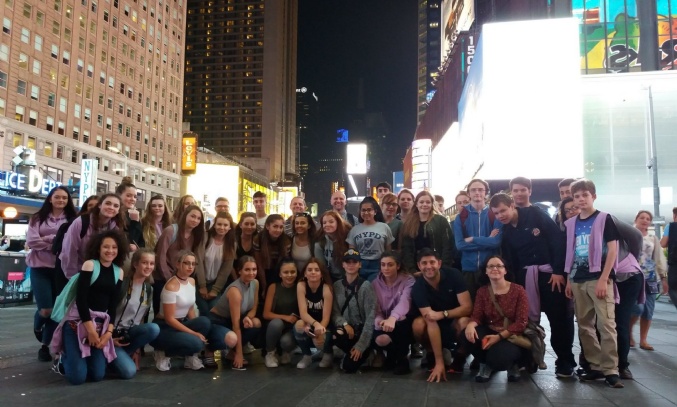 34 Year 11 students and 6 members of staff took part in a highly successful and exciting tour to New York during October half term.

The trip was a cultural expedition for students of Art, Media, Sociology and Politics and excursions were made to places of significance for the four subjects as well as broadening students’ awareness of the world and life in a different country and culture.

The trip was an out and out success thanks to a dedicated (albeit slightly shattered!) group of staff and 34 amazing students whose behaviour and engagement in such an intense and immersive experience was a credit to themselves, their families and the school. Roll on New York 2017!