45 students and 5 staff visit the amazing island of Iceland

The October half-term saw 45 students and 5 staff visit Iceland to explore what is one of the youngest countries geographically in the world and one of the most interesting geologically and tectonically.

We flew into Keflavik airport and spent the first afternoon exploring the Reykjanes peninsula. The lava-scarred Reykjanes peninsula lies on one of the world's major plate boundaries, the Mid Atlantic Ridge. The Eurasian and North American tectonic plates are continuously drifting apart with great forces. As the plates diverge, linear fractures, known as fissures form due to stresses created by the tension that builds up as the plates move away from each other. Our first port of call was the Bridge Between Two Continents at

Sandvík. This is a small footbridge over a major fissure which provides clear evidence of the presence of a diverging plate margin. The bridge was built as a symbol for the connection between Europe and North America.

Next was a visit to the Reykjanes Lighthouse. This is Iceland's oldest lighthouse.  It was built during 1907 and 1908 instead of the old lighthouse that had been built in 1878 but was destroyed by an earthquake eight years later. At the time, it was the most advanced and expensive structure to be built in Iceland. After a visit to a thermal spring we then headed off to our accommodation for a well-deserved meal and rest. 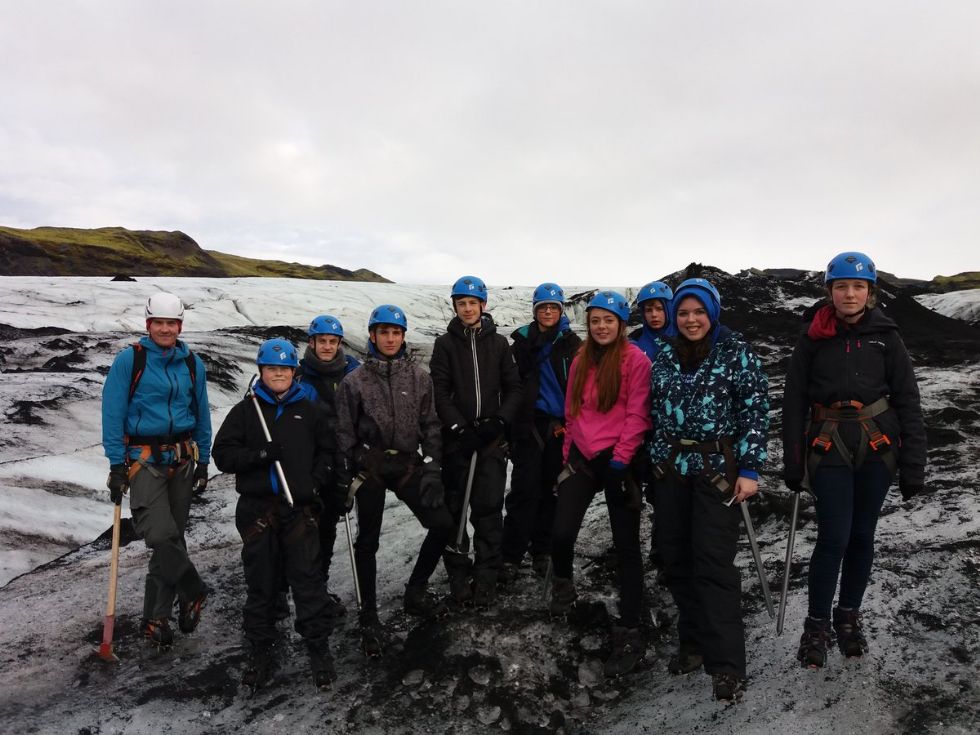 Day 2 was a busy day with a range of spectacular places to visit. First on the itinerary was the Seljalandsfoss waterfall. At this waterfall, you can walk behind the falls and get an amazing view of the waterfall. Next on the agenda was a glacier walk. So, it was on with the crampons and ice-axes to hand to explore the Solheimajokull Glacier. After an hour and half exploring it was time for the next part of our adventure, a visit to the black beaches at Reynisfjara. These beaches are world famous and were ranked as one of the 10 most beautiful non-tropical beaches in the world, a well-earned accolade. Following a walk on the beach it was the chance to visit another amazing waterfall, Skogafoss.

Next up was a visit to the museum dedicated to the Eyjafjallajokull volcano. Eyjafjallajokull is that volcano, the one that brought all flights to a halt in Europe in 2010. We were able to watch a film that showed the impact of the eruption on the local farms that sit below the volcano. 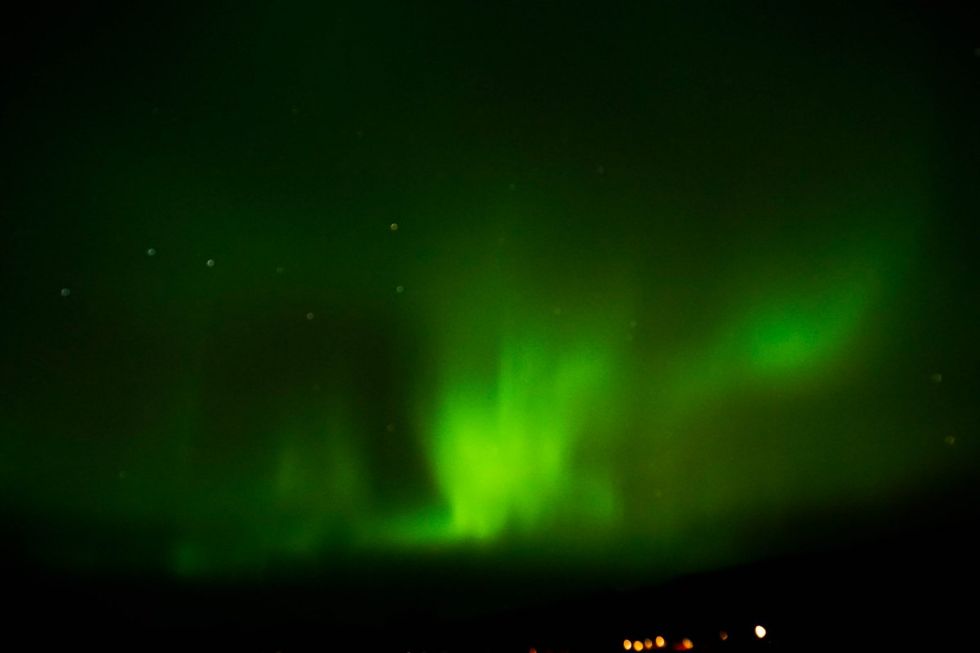 The day ended with the promise of seeing the Northern Lights. As the sky cleared, we were treated to a display that wowed us all. Fortunately for us we had ace photographer Lewis on hand who was able to capture a fabulous image to remember the display by. 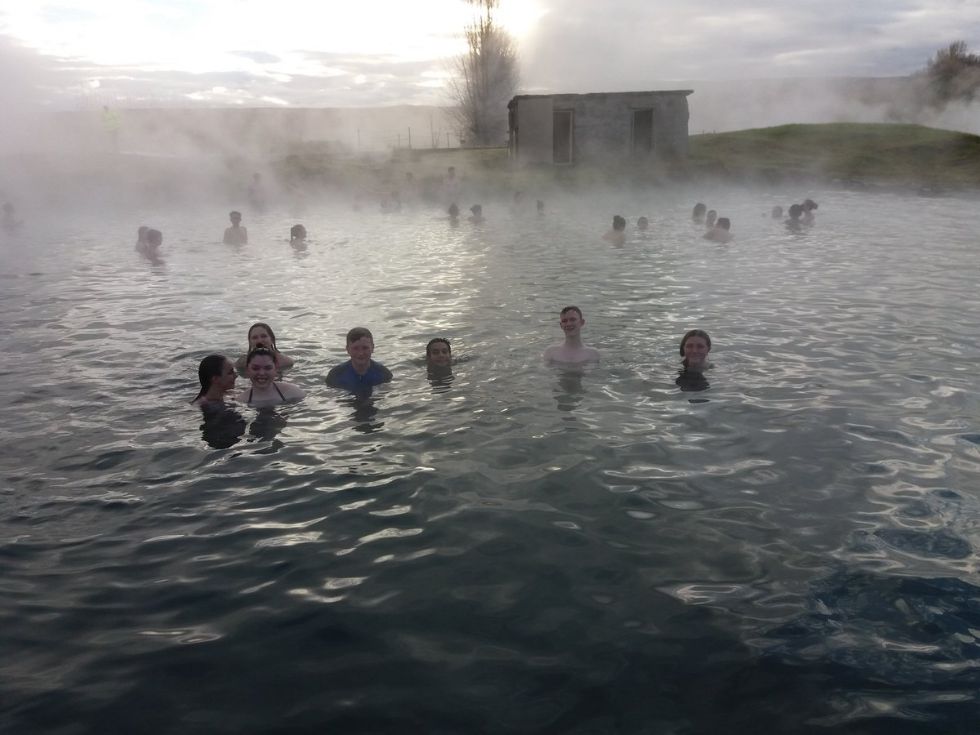 Day 3 began with a visit to the Secret Lagoon, a natural pool located in the village of Fludir in the Golden Circle area. The pool is surrounded by several hot springs, including a little geyser, providing the pool with fresh warm water, maintaining a temperature of 38-40 °C throughout the year. Swimming outside with frost on the ground was a unique experience and one we’ll all remember for some time. 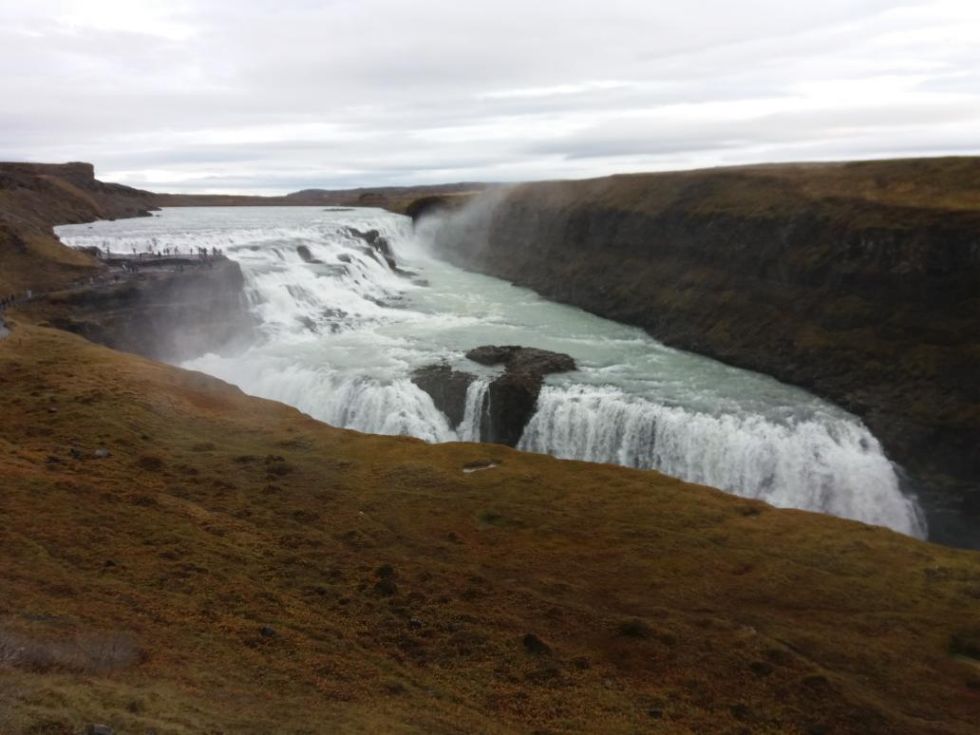 Next up was a visit to the Gullfoss waterfall. Gullfoss (Golden Waterfall) is one of the most iconic waterfalls in Iceland, offering a spectacular view of the forces and beauty of untouched nature. Gullfoss is part of the Golden Circle tour, located in South Iceland on the Hvítá (White) river which is fed by Iceland´s second biggest glacier, the Langjökull. The water plummets down 32 meters in two stages into a rugged canyon which walls reach up to 70 meters in height. It was every bit as spectacular as promised. 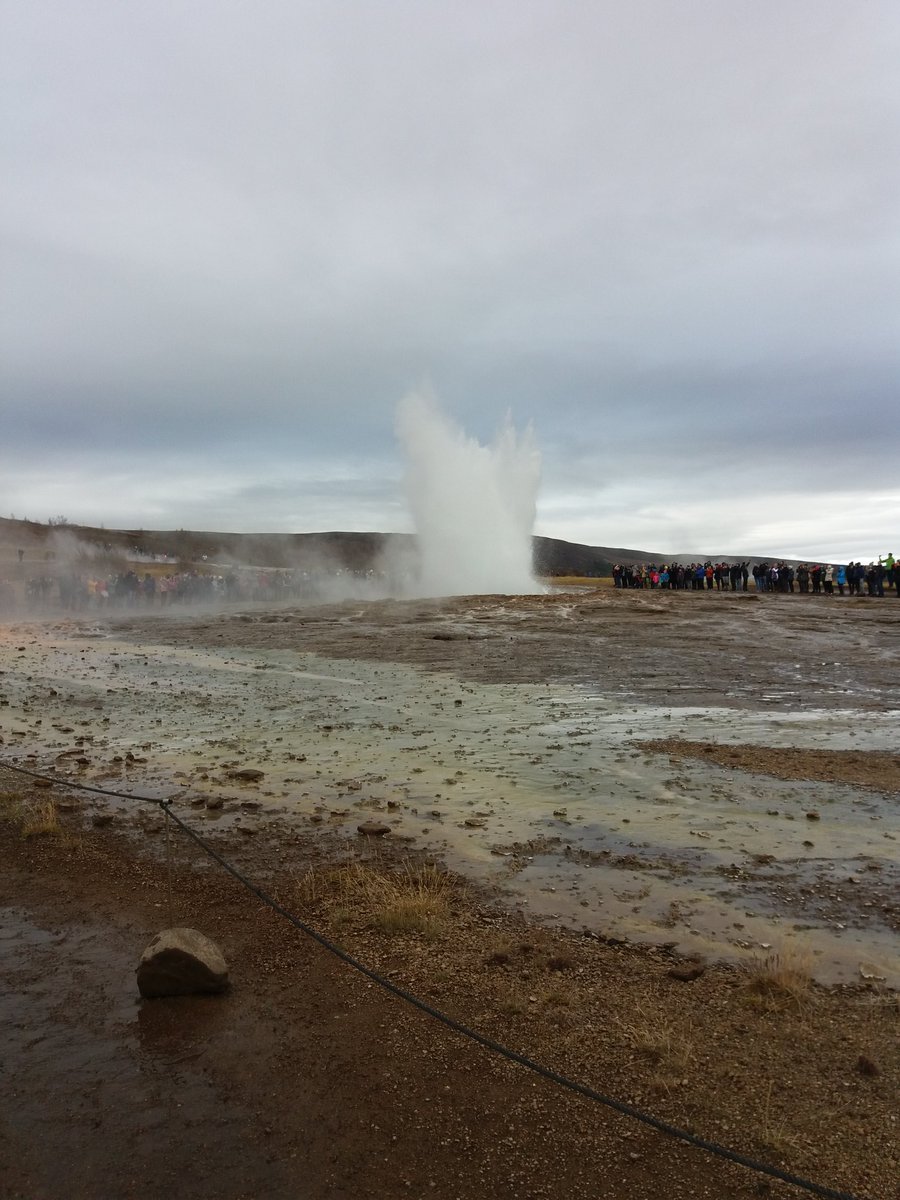 Then it was on to Geysir. Geysir is a favourite stop along the Golden Circle with its highly active hot spring area with boiling mud pits, exploding geysers and the lively Strokkur which spouts water 30 metres (100 ft) into the air every few minutes.

From Geysir we travelled to Thingvellir National Park, a site you might recognise if you watch Game of Thrones. Thingvellir is a site of historical, cultural, and geological significance, and is one of the most popular tourist destinations in Iceland. The park lies in a rift valley that marks the crest of the Mid-Atlantic Ridge and the boundary between the North American tectonic plate and the Eurasian. To its south lies Thingvallavatn, the largest natural lake in Iceland.

Our visit ended with an overnight stay in Reykjavik, Iceland’s capital city.

We packed an amazing amount in to our short stay. Iceland delivered on every level and it was a pleasure to share the experience with such a great group.